Meta has merged several times, some more public than others. But today, the FTC asked the court to intervene and compel Mark Zuckerberg, CEO of Meta, to seek permission to make such decisions.

The FTC is continuing its lawsuit against Facebook’s parent company and its CEO Mark Zuckerberg. This concerns the acquisition of a new virtual reality application, as confirmed by a legal expert hired on behalf of the agency.

The FTC has filed a petition with the court to enforce a new law that prohibits such silent mergers without FTC approval or review. This therefore means that in the future, the FTC will have to be kept informed of upcoming transactions and projects. For now, the date for the next trial has been set.

This case was filed in July of this year against Meta regarding the company’s acquisition of Within Unlimited. The latter are the creators of the popular VR fitness app called Supernatural.

For the moment, the affair is being played out in two distinct places, side by side. One is federal court in California, where a six-day trial will take place in December to determine whether the operation can go ahead despite the FTC’s willingness to step in and make its case in court.

A lawyer for the FTC took part in a hearing held recently on Friday, during which it was mentioned that the FTC had agreed to release Zuckerberg from the federal case. However, the FTC was not going to be too lenient with internal procedure in this regard.

They talked about broader legal remedies as the final solution to the problem and the FTC was going to do everything to achieve that in this case. 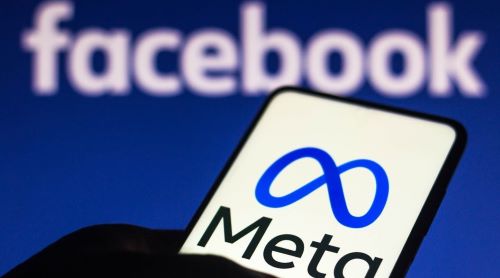 Complaints filed internally would certainly block the takeover deal, while simultaneously providing Meta and its CEO with an order for future notification of any such deal with proper approval via the FTC, in case they wanted to secure mergers. .

Pursuant to US merger law, Meta was only required to provide notice to the FTC and its affiliate, the Attorney General. This is in cases where the operation is valued at approximately $101 million or more.

On the other hand, Meta is not satisfied with the reservations made by the FTC. She describes their claims as totally unjustified and baseless. She also believes that the claims come from a way of thinking that is absolutely separate from today’s commercial reality.

Meta is therefore ready and willing to strongly defend the deal in court, adding that they are confident in their position and how this deal can benefit many people, including developers and the wider VR space. .

In 2020, a House investigation found that Facebook has managed to acquire around 100 different companies over the past ten years. And of those, only one had been reviewed or reviewed by the FTC.

What do you think ?

Meta/Facebook’s VR division, formerly Oculus Research, is under FTC antitrust investigation, which could impact the company’s development of the metaverse

46 US states, led by New York, seek reinstatement of Meta monopoly lawsuits, group wants to relaunch lawsuits in 2020 to dismantle the company

Manage Cookie Consent
To provide the best experiences, we use technologies like cookies to store and/or access device information. Consenting to these technologies will allow us to process data such as browsing behavior or unique IDs on this site. Not consenting or withdrawing consent, may adversely affect certain features and functions.
Manage options Manage services Manage vendors Read more about these purposes
View preferences
{title} {title} {title}