Winner of the Camille Lepage Prize*, Ana Maria Arevalo Gosen since 2017 has been documenting the living conditions of imprisoned women in Latin America. On the walls of Visa pour l’Image, these detainees from Venezuela, El Salvador and Guatemala tell their stories. ” Dias Eternos“, exhibition to be seen at the Chapelle Saint-Dominique until September 11th.

“In 2017, I am back in Venezuela, I rediscover a country devastated both physically and morally. People are very sad. While the Venezuelan people are known to be optimistic and resilient; there, he no longer believes in anything. I therefore decide of work on a subject at the root of the crisis in my country. And I think that one of the roots is the very unequal legal system which practices arbitrary or political detentions.”

” The conditions of detention, even more so for women, flout all fundamental rights: overcrowded cells, deprivation of all kinds, pretrial detention that drags on” .

“Often the dads are in prison or dead, the women become the only pillars of their family. Sometimes it is because they have to feed their children that they commit crimes. So when a woman is in prison, it directly impacts her whole family.

(…) When a woman enters prison, she has nothing, her family, which only has her to meet their needs, has nothing either. And his relatives will first try to find a solution to survive before imagining being able to provide him with the slightest support..

“In the detention center in Valencia, Daniela had been there for 2 months and her family had not been informed. When I came back to see her the following year, her family knew where she was, but hadn’t come. Her daughter had leukemia, and she couldn’t take care of Daniela”.

Women imprisoned according to their gang affiliation

” Before going to meet these women, I had to understand how they got there. I needed their voices, their testimonies, their stories. First, I interviewed at length the members of the “La Mara Salvatrucha” (MS13) gang. Where they come from, how they joined the pandilla (the gang). Most have been members since their teenage years, when their identities are in full development. They have a past marked by violence and when they join the gang, they reproduce this violence”. In Ilopangodu prison in El Salvador, the women live together in the cells according to their gang affiliation, barrio 18 or the Mara Salvatrucha.

“These gangs are mortal enemies and this causes many conflicts. On the day of this photo, the guard let me speak with Patricia, the prisoner who has the longest sentence. She was sentenced to 157 years for homicide, extortion and membership in illegal groups! Patricia was clearly emerging as the leader within her cell. She knew she was going to die in prison”.

According to Ana Maria, convicted women have no access to their lawyer, no running water, and no prospect of training. They only leave their cell for an hour a day to see the light of day, the rest of the time they wait in total destitution.

That day, Patricia was both very depressed and very angry. She strongly demanded better conditions of detention.

In Venezuela, make-up and hair extensions against good behavior

Ana Maria, herself of Venezuelan origin, wants to recontextualize. In Latin America, and more particularly in Venezuela, women are very attached to physical appearance. “Even without a mirror or visits, they wear make-up and do their hair, it’s very important to them. I believe this is an act of rebellion. The way to prove that they remain women despite everything” . As encouragement for their good behavior, the women are given a hair straightener, nail polish or hair dyes. ” These freebies work like a double-edged sword. Because if the supervisors offer them, they can also withdraw them.

It’s a power dynamic within detention.” “The day I took this photo, I stayed with them for a very long time. (…) Her hair straightening lasted for long hours, and when posing in front of the camera, it was she herself who decided to turn around to show me her hair, rather than posing full face. This young girl did not tell me her story, but I know that to date she has been released from prison. (…)

Their body becomes a symbol of resistance, of rebellion against the system. They tattoo, make up and do their hair because it’s the only thing that can’t be taken away from them.

Alejandra is serving a 10-year sentence following a miscarriage

Recourse to abortion is one of the grounds for the imprisonment of women in El Salvador. Whether voluntary or dictated by medical reasons, abortion is punishable by penalties of up to thirty years. For the newspaper El País, Ana Maria recounts Alejandra’s journey. Alejandra was jailed for miscarrying when she was eight months pregnant. Her first daughter was a year old at the time. Alejandra served a ten-year sentence. A year ago, her daughter died. Ana Maria shares Alejandra’s testimony with us: “All those years wasted in prison without being with her, and now I don’t have her anymore.”

Venezuela, El Salvador and Guatemala, ahead of other Latin American countries

This work focuses on the condition of imprisoned women in Venezuela, El Salvador and Guatemala, who find themselves in a situation of vulnerability and lifelong stigma. Nevertheless, women weave extraordinary bonds of friendship and solidarity and show resilience.

They share everything: food, beds, clothes and personal stories. Inmates leave prison traumatized and stigmatized. Deprived of hope, employment and an outside support network, women are likely to re-enter gang life or commit crimes again upon release.

*Since 2014, the Camille Lepage Association has been helping young photojournalists with the Visa Pour L’Image. 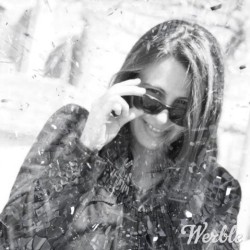 Journalist at the house of Made In Perpignan

Maïté Torres, journalist and founder of Made In Perpignan, writes most of the articles. Especially in the fields of politics, economy, society. Due to her expertise in social networks, Maïté will be your privileged interlocutor if you send us a private message or an email.

The latest articles by Maïté Torres (see everything)

Manage Cookie Consent
To provide the best experiences, we use technologies like cookies to store and/or access device information. Consenting to these technologies will allow us to process data such as browsing behavior or unique IDs on this site. Not consenting or withdrawing consent, may adversely affect certain features and functions.
Manage options Manage services Manage vendors Read more about these purposes
View preferences
{title} {title} {title}